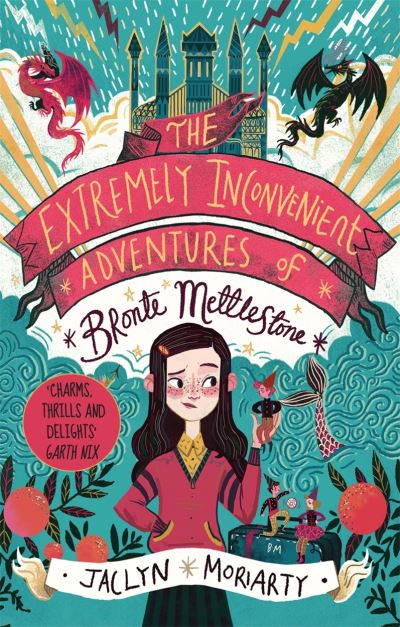 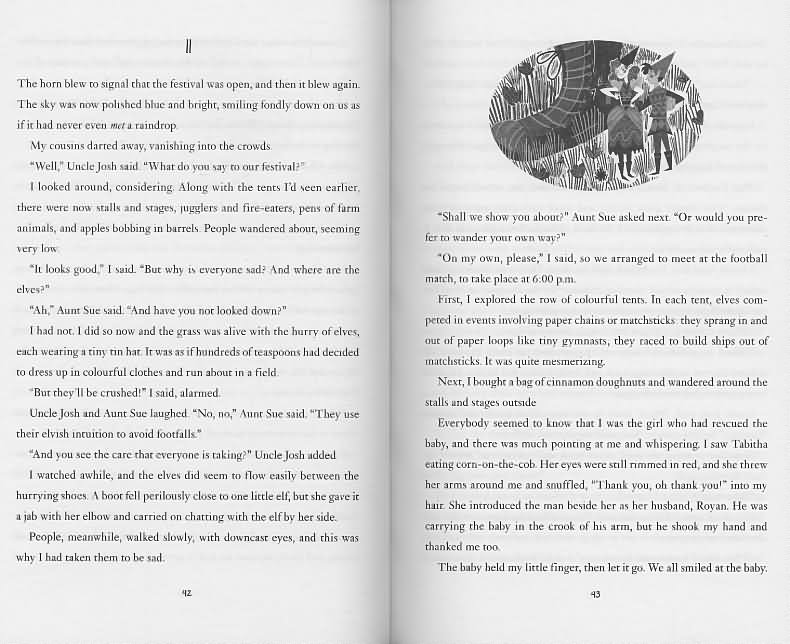 A ten-year-old girl sets off on a quest that has been set by her parents in their will, which involves her delivering gifts to ten aunts who live in different kingdoms.

A ten-year-old girl sets off on a quest that has been set by her parents in their will, which involves her delivering gifts to ten aunts who live in different kingdoms.

Bronte Mettlestone is ten years old when her parents are killed by pirates.

This does not bother her much: her parents ran away to have adventures when she was a baby. She has been raised by her Aunt Isabelle, with assistance from the Butler, and has spent a pleasant childhood of afternoon teas and riding lessons.

Now, however, her parents have left detailed instructions for Bronte in their will. (Instructions that, annoyingly, have been reinforced with faery cross-stitch, which means that if she doesn't complete them, terrible things could happen)

She must travel the kingdoms alone, delivering gifts to ten other aunts: a farmer aunt who owns an orange orchard, a veterinarian aunt who specialises in dragon care, a pair of aunts who captain a cruise ship, and a former rock star aunt who is now the reigning monarch of a small kingdom.

But as she travels from aunt to aunt, Bronte suspects there might be more to this journey than the simple delivery of treasure; though little does she suspect that she will have to play such a big part in the extraordinary events that follow.

NOTE: Hardback contained one instance of swearing where a radish gnome is described as 'a right little bugger', which has been removed for the paperback edition by the publisher.