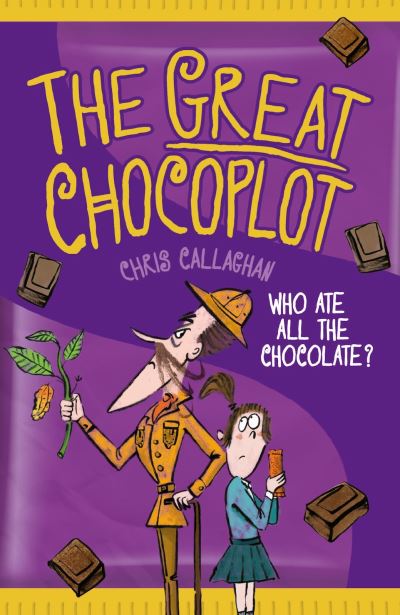 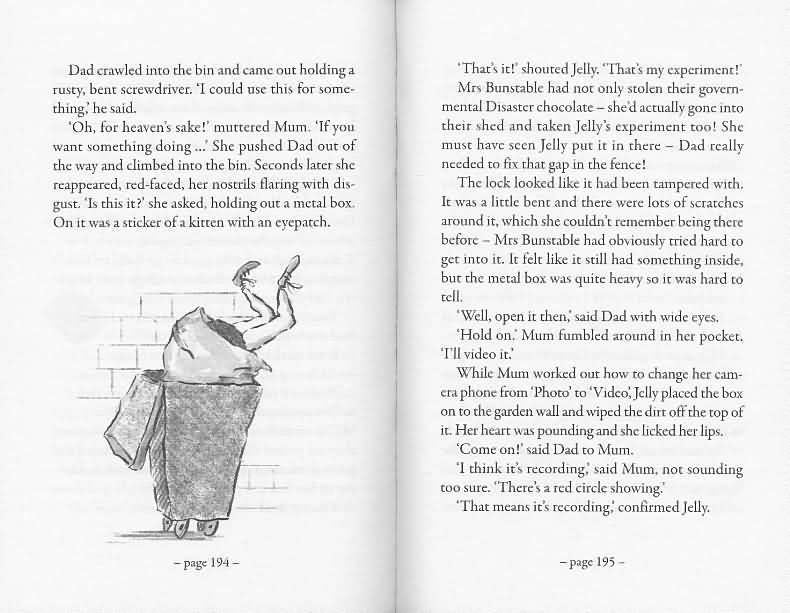 Log in to view theme keywords.
A girl investigates the disappearance of chocolate after the arrival of a new chocolate shop to her hometown

Jelly and her family live in Chompton-on-de-Lyte, where everyone loves a Blocka Choca bar or two. So when the end of chocolate is announced, she can't believe it.

Determined to investigate, Jelly and her gran follow a trail of clues to a posh chocolate shop and its owner, the pompous Garibaldi Chocolati.

Gari's suspiciously smug, despite his failing business and yucky chocolate. Is it really the chocopocalypse, or is there a chocoplot afoot?

NOTE : Jelly's gran mentioned she gave up her career as a scientist to stay home and raise Jelly's mother 'Back then it was a woman's job to bring up the children and I did it gladly'