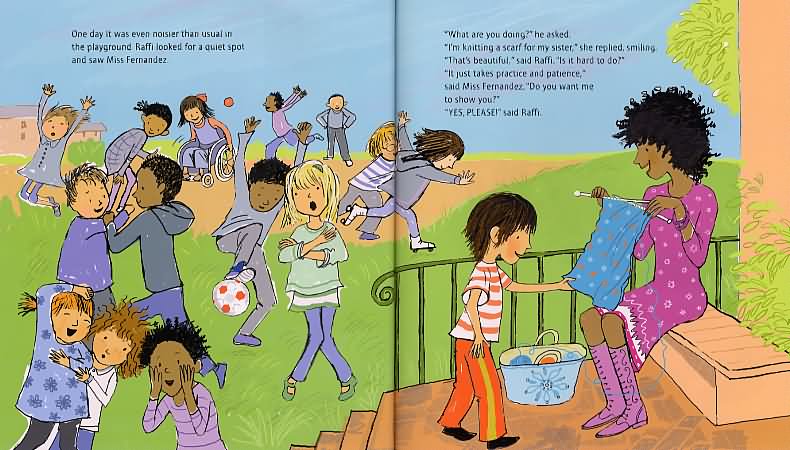 Log in to view theme keywords.
A boy discovers that he loves knitting and making clothes

A boy discovers that he loves knitting and making clothes

Raffi is a shy boy who doesn't like noisy games and is often teased at school. But when he gets the idea of making a scarf for his dad's birthday he is full of enthusiasm, even though the other children think it is girly to knit.

Then the day draws near for the school pageant, and there is one big problem - no costume for the prince. And that's when Raffi has his most brilliant idea of all - to make a prince's cape.

On the day of the pageant, Raffi's cape is the star of the show.