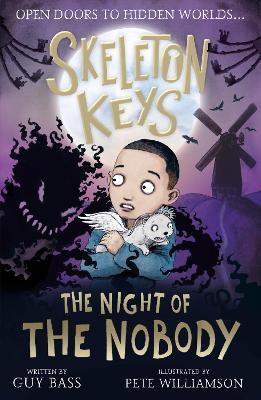 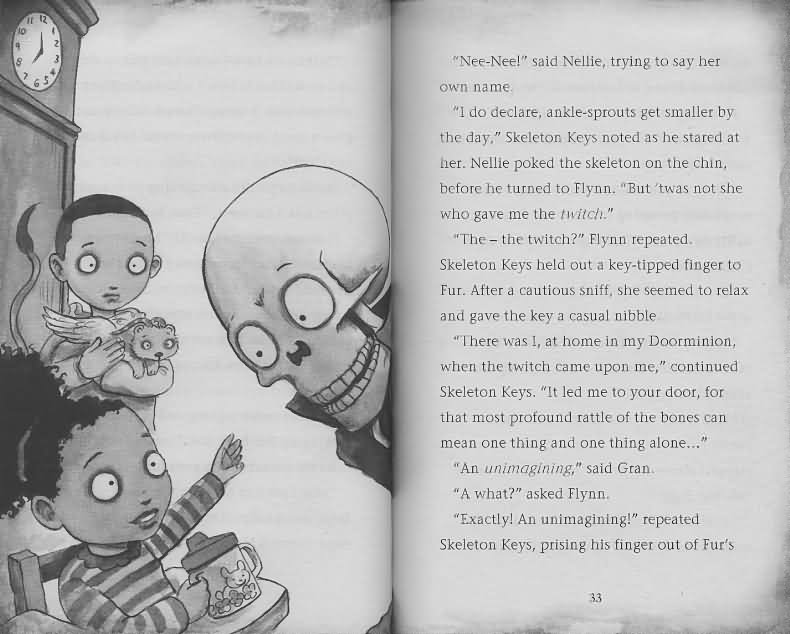 The night of the Nobody

Log in to view theme keywords.
Skeleton Keys must rely on his new friend Flynn to help him when he becomes a victim of the shapeless unimaginary called the Nobody.

Skeleton Keys must rely on his new friend Flynn to help him when he becomes a victim of the shapeless unimaginary called the Nobody.


Greetings! My name is Skeleton Keys and these fantabulant fingers of mine can open doors to hidden worlds... Join me for the terrifying tale of the Nobody - a nightmarish unimaginary with a dark mission...
On the hunt for an unimaginary, Skeleton Keys meets young Flynn Twist, a boy with a wild imagination who tells of his encounter with a terrifying shadow calling itself the Nobody.
Skeleton Keys suspects it could be a shapeless unimaginary searching for a physical form. As night falls the Nobody roams the village of Matching Trousers turning everyone it meets into zombie-like nobodies. No one is safe - not even Skeleton Keys. Soon only Flynn is left. Can he become the brave hero of his imagination and free everybody from the Nobody?