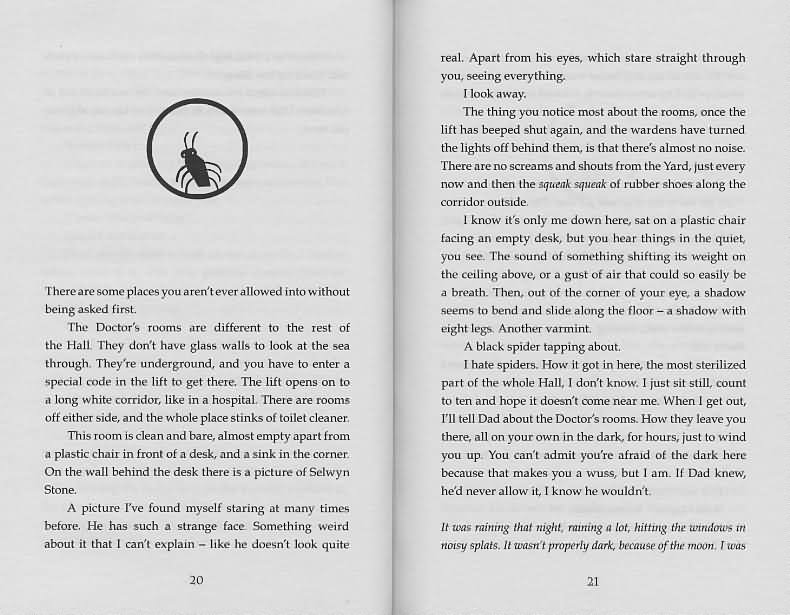 Log in to view theme keywords.
A young boy living in a world where animals are apparently extinct finds himself on a quest to save a few lone species who ask for his help

In a world where animals no longer exist, twelve-year-old Kester Jaynes sometimes feels like he hardly exists either. Locked away in a home for troubled children, he's told there's something wrong with him. So when he meets a flock of talking pigeons and a bossy cockroach, Kester thinks he's finally gone a bit mad. But the animals have something to say.

The pigeons fly Kester to a wild place where the last creatures in the land have survived. A wise stag needs Kester's help, and together they must embark on a great journey, joined along the way by an over-enthusiastic wolf-cub, a spoilt show-cat, a dancing harvest mouse and a stubborn girl named Polly.

The animals saved Kester Jaynes. But can Kester save the animals?