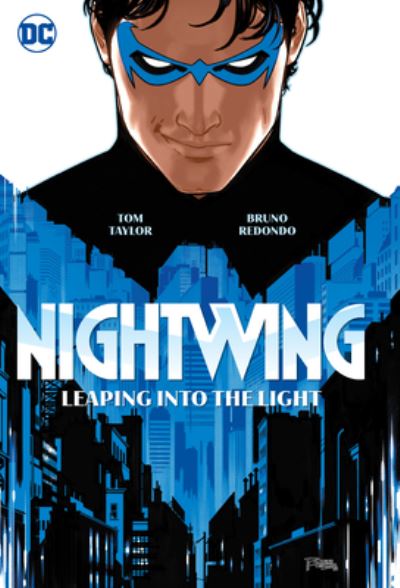 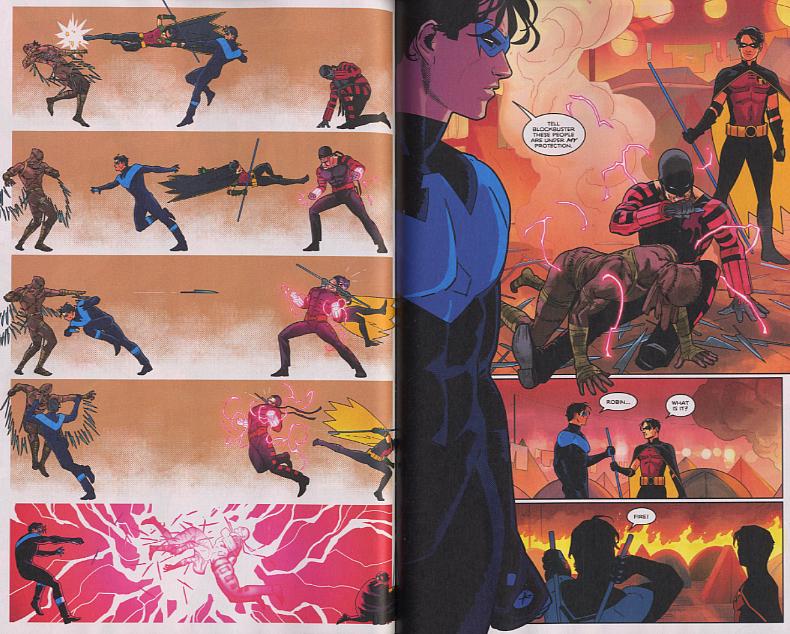 Leaping into the light

Log in to view theme keywords.
When Nightwing returns to Bludhaven he is faced with a new terrifying villain, Heartless, who steals his victims' hearts.

When Nightwing returns to Bludhaven he is faced with a new terrifying villain, Heartless, who steals his victims' hearts.

Nightwing is back and his drive to keep Bludhaven safe has never been stronger! But his adoptive city has elected a new mayor with the last name Zucco. When Nightwing enlists Batgirl's help in investigating the politician bearing the same name as the man who murdered his parents, she unearths details that will shock and fundamentally change the hero.

Dick Grayson's big heart has protected those persecuted by bullies in his youth, combated evil alongside Batman as Robin, and pledged his newly inherited wealth to enriching Bludhaven as Nightwing. His kindness and generosity have always guided his life. But now a new villain stalks the back alleys, removing the hearts of the city's most vulnerable. Who is this terrifying new menace named Heartless, and will he be able to resist plucking out the biggest heart in all of Bludhaven?

A great story with minimal need for prior knowledge of character and the illustrations are spot-on too. An attractive title for older graphic collections and nicely set up for a second volume.