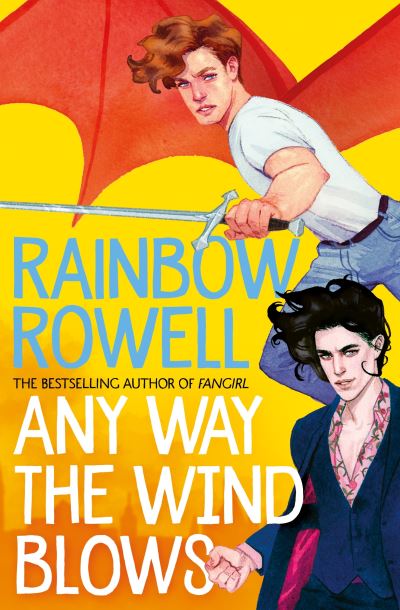 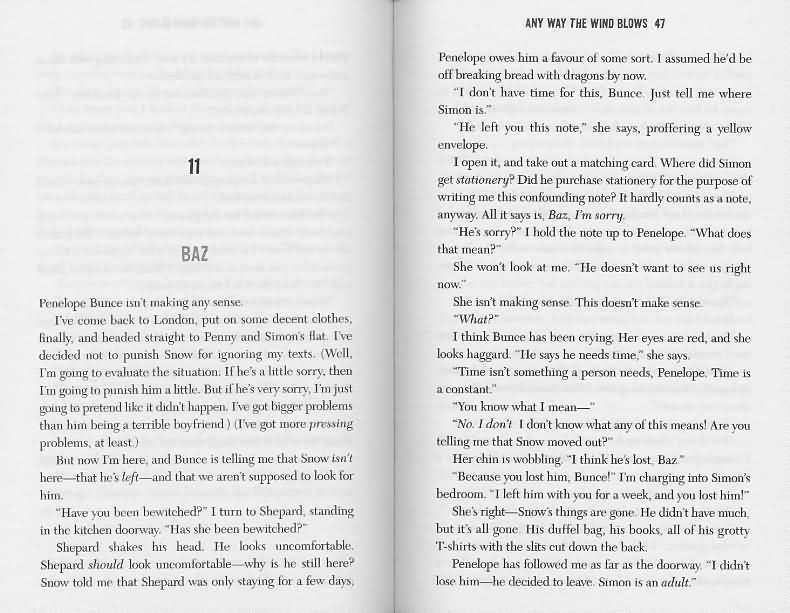 Any way the wind blows

Log in to view theme keywords.
Simon and Baz try to restart their romance while dealing with the appearance of an apparent newly Chosen One

In Carry On, Simon Snow and his friends realized that everything they thought they understood about the world might be wrong. And in Wayward Son, they wondered whether everything they understood about themselves might be wrong.
In Any Way the Wind Blows, Simon and Baz and Penelope and Agatha have to decide how to move forward.
For Simon, that means deciding whether he still wants to be part of the World of Mages - and if he doesn't, what does that mean for his relationship with Baz? Meanwhile Baz is bouncing between two family crises and not finding any time to talk to anyone about his newfound vampire knowledge. Penelope would love to help, but she's smuggled an American Normal into London, and now she isn't sure what to do with him. And Agatha? Well, Agatha Wellbelove has had enough.
Any Way the Wind Blows takes the gang back to England, back to Watford, and back to their families for their longest and most emotionally wrenching adventure yet.This book is a finale. It tells secrets and answers questions and lays ghosts to rest.