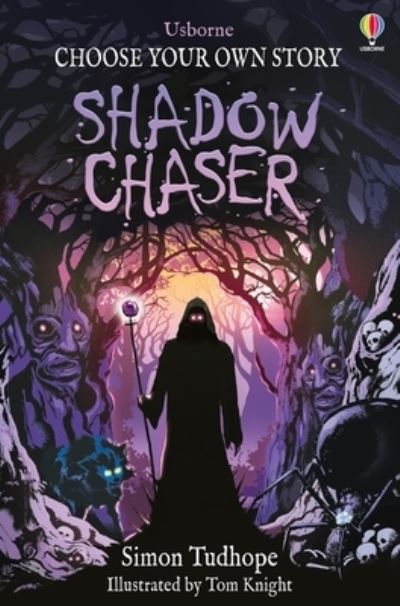 Series: Choose your own story

Log in to view theme keywords.
Choose-your-own fantasy adventure in which the reader must protect the kingdom from the malevolent Shadows.

Choose-your-own fantasy adventure in which the reader must protect the kingdom from the malevolent Shadows.

Woken one night by a bang at the door, you creep to the window and see five hooded strangers below. The leader looks up and beckons you down. What do you do? Open the door, play for time, or escape through the window out back? The choice is yours...
From this point onwards you are in control of an epic adventure, and your survival depends upon the decisions you make. Who to fight? Who to trust?
In a book where nothing is as it seems, even the pictures hold secrets that must be unlocked. But as you race across land, sea and sky, one thing becomes clear: it's not just your fate that hangs in the balance - it's the fate of the entire kingdom.
Bringing together a sweeping story, beautifully illustrated picture puzzles and an exciting combat system, this is an adventure that will have you gripped from beginning to end.

Note : There is a fill-in spread at the beginning of the book where the reader is invited to make notes about their character.

Includes scenes in which the main character and various enemies die or are injured, though these are not unnecessarily graphic.