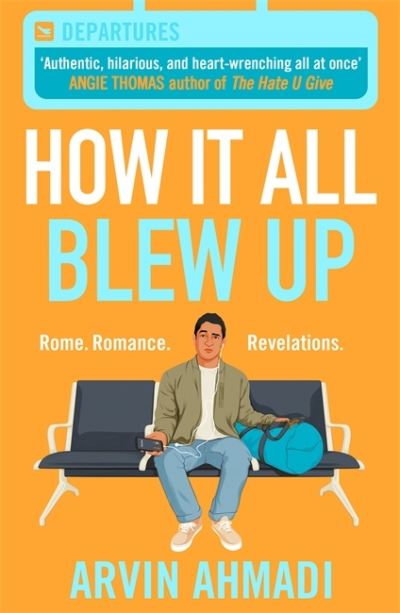 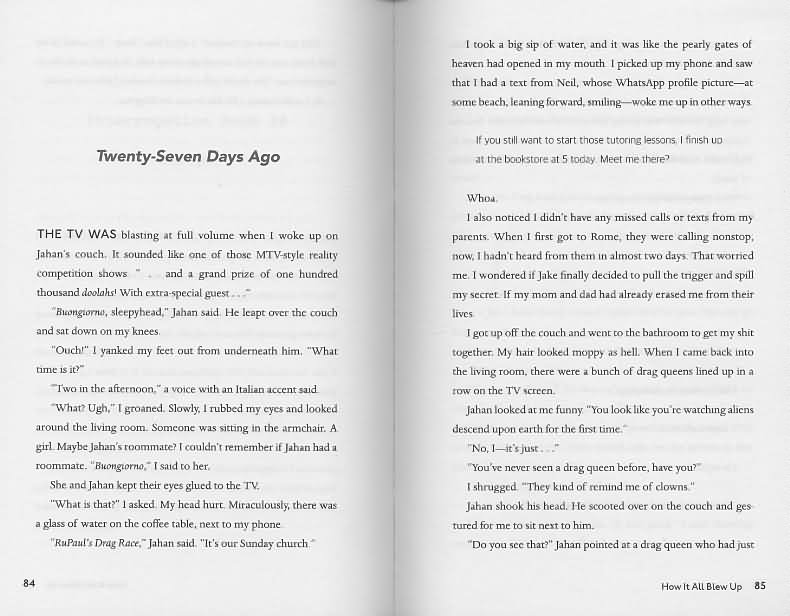 How it all blew up

Log in to view theme keywords.
When he's detained at an airport, an eighteen-year-old gay Iranian Muslim tells the story of how he came out and his journey of self-discovery in Rome, which led to his detention and interview.

When he's detained at an airport, an eighteen-year-old gay Iranian Muslim tells the story of how he came out and his journey of self-discovery in Rome, which led to his detention and interview.

Eighteen-year-old Amir Azadi always knew that coming out to his Muslim family would be messy, but he wasn't expecting it to end in an airport interrogation room. Now, he's telling his side of the story to the stern-faced officer.

Amir has to explain why he ran away to Rome (boys, bullies, blackmail) and what he was doing there for a month (dates in the Sistine Chapel, friends who helped him accept who he is, and, of course, drama) . . . all while his mum, dad and little sister are being interrogated in the room next door.

A nuanced take on growing up brown, Muslim and gay in today's America, HOW IT ALL BLEW UP is the story of one boy's struggle to come out to his family, and how that painful process exists right alongside his silly, sexy romp through Italy.