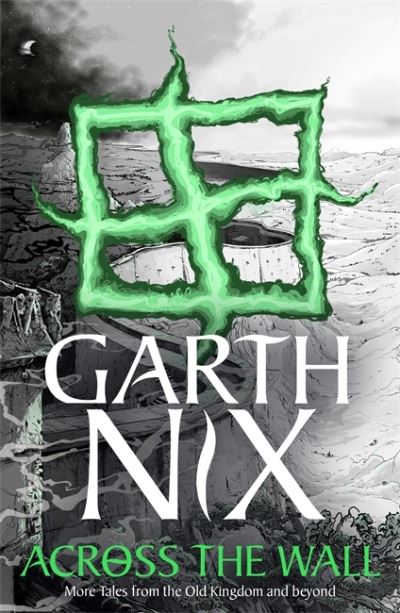 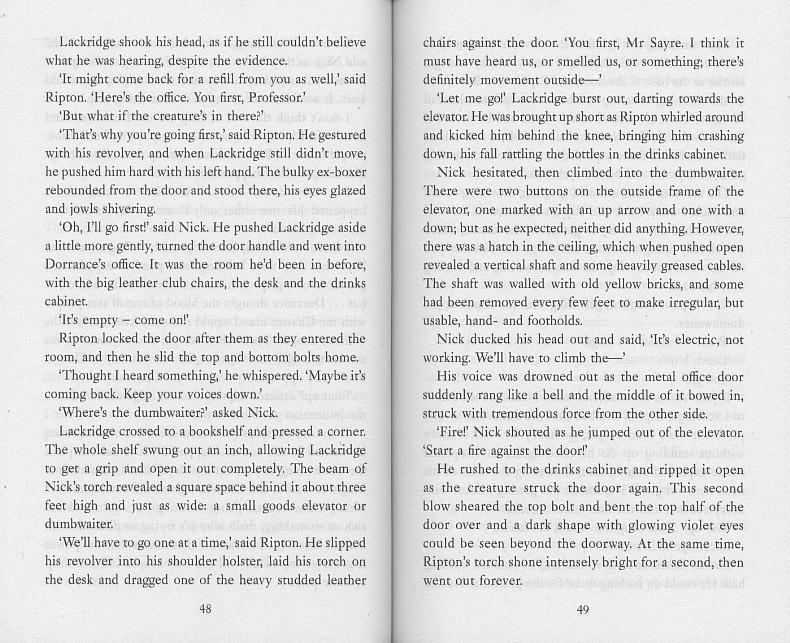 Across the wall: more tales from the Old Kingdom and beyond

A collection of Garth Nix's writing spanning several years.
The opening story is the 2005 World Book Day novella and Old Kingdom story Nicholas Sayre and the Creature in the Case.
The rest of the collection includes two tales inspired by Arthurian legend, a war story, a western, a traditional tale with a twist and a hilarious choose-your-own adventure spoof.

NOTE : First pub in US 2005; Hbk pub in UK 2006 (O/P), Pbk in 2007 (O/P). Originally published with the subtitle 'A tale of the Abhorsen and other stories'.
The first tale in the collection is best read with series knowledge, but the rest stand alone.
The book has spot foiling on the front cover and spine.