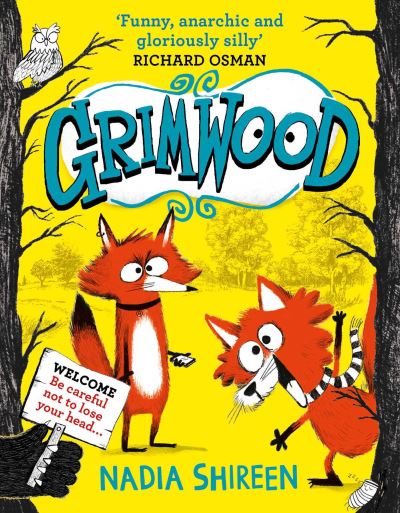 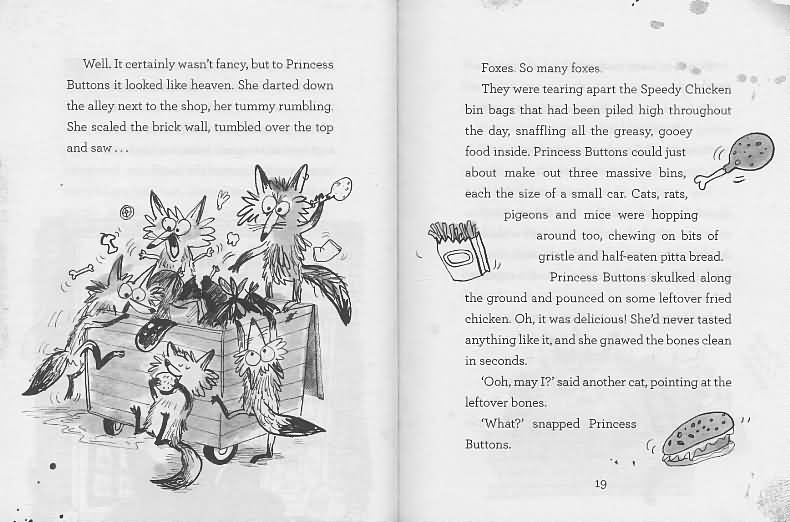 Log in to view theme keywords.
Two urban fox cubs flee to the countryside but find that life is just as fraught and dangerous and odd there as in the city.

Two urban fox cubs flee to the countryside but find that life is just as fraught and dangerous and odd there as in the city.

Fox cub siblings Ted and Nancy are on the run from Princess Buttons, the scariest street cat in the Big City. They flee for Grimwood, expecting to find refuge in the peaceful countryside. Instead, they are met with thieving eagles, dramatic ducks, riotous rabbits and a whole host of unusual characters.
Grimwood is... weird. But when Princess Buttons tracks them down, Nancy and Ted and the animals of Grimwood must unite in a mind-bending race against time...

A couple of the animal characters are killed by an eagle who bites their heads off. These events are comically described and essential to the plot but could upset very sensitive younger readers.