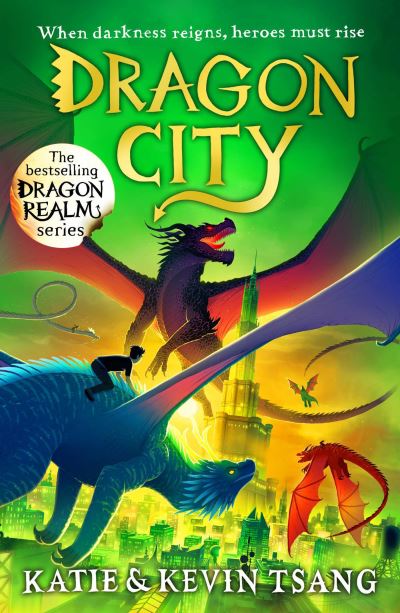 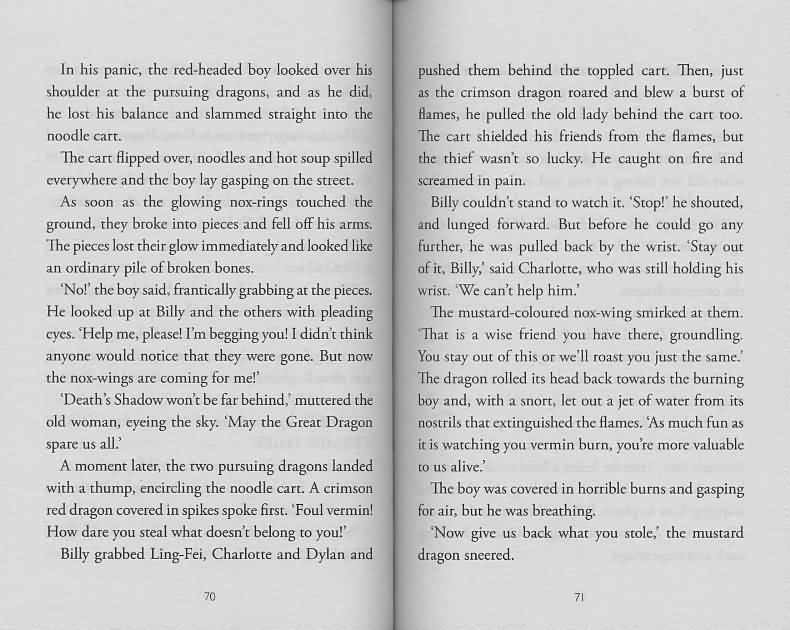 Log in to view theme keywords.
Billy, Dylan, Charlotte and Ling-Fei must find their dragons and team up with new friends in order to reverse the Dragon of Death's alterations of the future.

Billy, Dylan, Charlotte and Ling-Fei must find their dragons and team up with new friends in order to reverse the Dragon of Death's alterations of the future.

In an alternate reality, 5,000 years in the future, the evil Dragon of Death has become ruler of Dragon City. Humans now live to serve the dragon population and it's no different for Billy Chan and his friends. After losing contact with their own dragons, they're determined to track them down in this new city, even if it means putting their own lives at risk. But one dragon has turned to the dark side and has no plans to return.
With the help of a new clan of dragon friends, can Billy, Dylan, Charlotte and Ling-Fei undo the Dragon of Death's villainous work or will she triumph eternally?
This is a direct sequel to 'Dragon mountain' (ISBN 97814711930710) and 'Dragon legend' (ISBN 9781471193095).