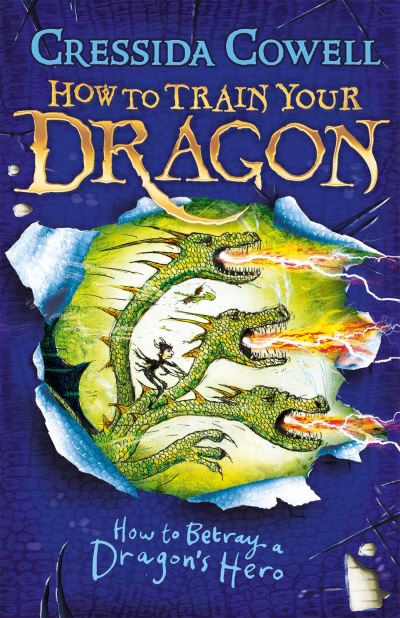 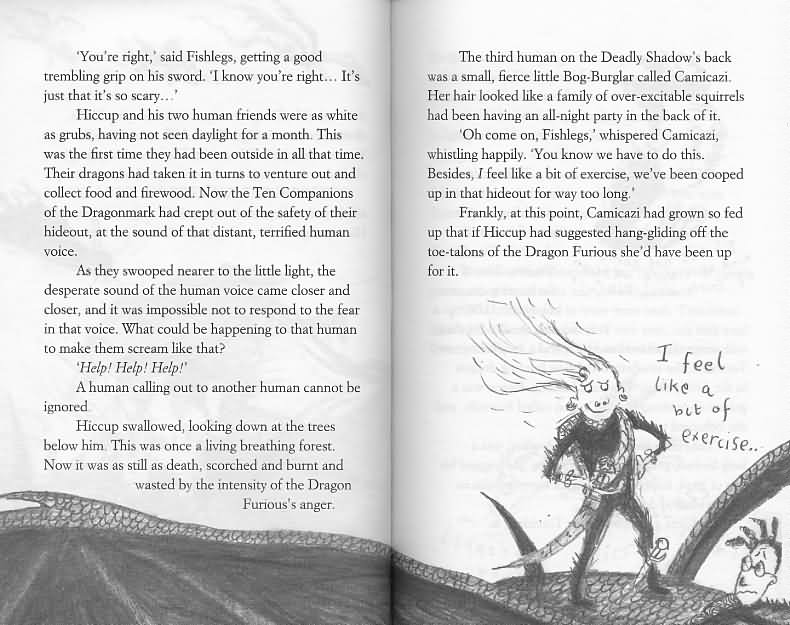 How to betray a dragon's hero

Series: How to train your dragon (11)

Log in to view theme keywords.
Hiccup has to retrieve the King's Things back from Alvin if he is to become King of the Wilderness.

Hiccup has to retrieve the King's Things back from Alvin if he is to become King of the Wilderness.

High up in the treacherous mists of the Murderous Mountains, Hiccup and the Company of the Dragonmark are in hiding. The witch's Spydragons are guarding the shores of Tomorrow - but Hiccup is determined to become King of the Wilderwest.

Can Hiccup dodge the dragons and steal the King's Things back from Alvin before the Doomsday of Yule? And is there a traitor in Hiccup's camp who in the end will betray them all?

11th and penultimate title in the series

p34 Your mother said not to leave the hideout
p55 We were just wondering whose side you are on?
p77 Plan going wrong
p93 Two red eyes, suspended in the air
p103 The bite of a Vampire Spydragon
p121 The other side of the story
p145 Toothless's dream
p160 You wouldn't find Alvin's secret camp even if you searched for a hundred years
p174 Inside Alvin's war bunker
p185 Treachery and betrayal
p206 The testing of a hero
p237 That treasonous traitor of traitors
p242 Meanwhile, under the floorboards
p256 A little lesson from Camicazi in causing chaos and confusion
p261 You rang, Madam?
p282 My tooth...where is my tooth?
p291 The swordfight
p311 A very short chapter in which it looks like everything is about to go right for five minutes
p315 Everything goes wrong again, very rapidly
p329 The last song of Grimbeard the ghastly
p347 Doomsday Eve on tomorrow
p383 Hero's end at the eleventh hour
p390 One more day