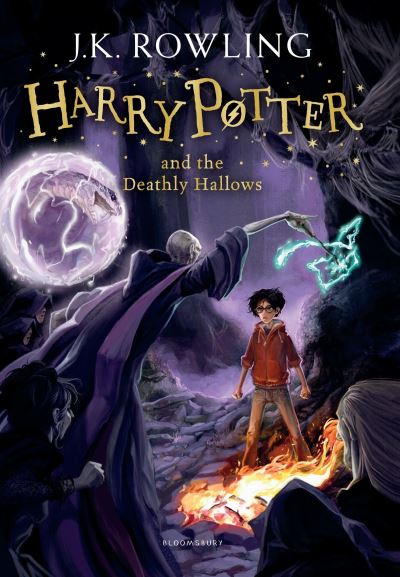 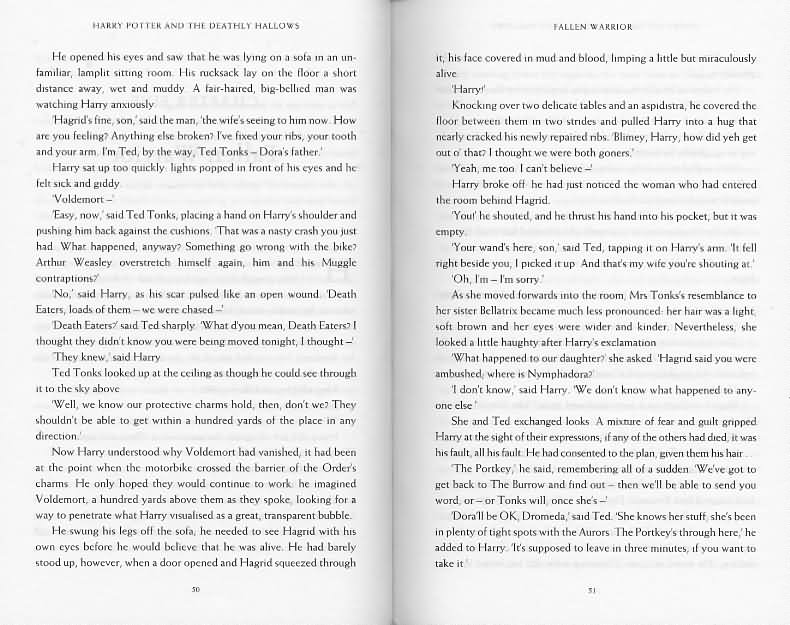 Harry Potter and the deathly hallows

Log in to view theme keywords.
Harry attempts to carry out the task left to him by Professor Dumbledore : locating and destroying Voldemort's remaining Horcruxes.

Harry attempts to carry out the task left to him by Professor Dumbledore : locating and destroying Voldemort's remaining Horcruxes.

The seventh and final instalment of the Harry Potter sequence of novels.

Harry Potter is preparing to leave the Dursleys and Privet Drive for the last time. But the future that awaits him is full of danger, not only for him, but for anyone close to him - and Harry has already lost so much.

Only by destroying Voldemort's remaining Horcruxes can Harry free himself and overcome the Dark Lord's forces of evil.

In this dramatic conclusion to the Harry Potter series, Harry must leave his most loyal friends behind, and in a final perilous journey find the strength and the will to face his terrifying destiny: a deadly confrontation that is his alone to fight.