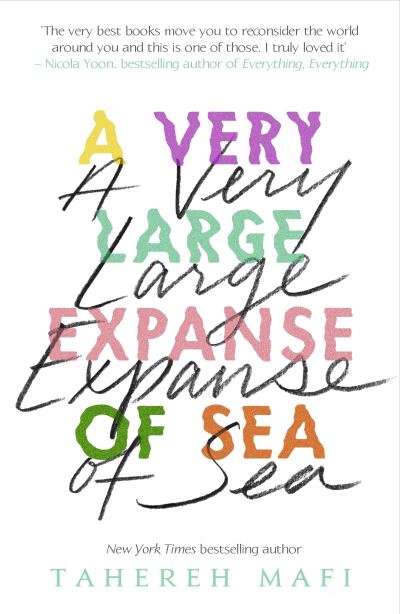 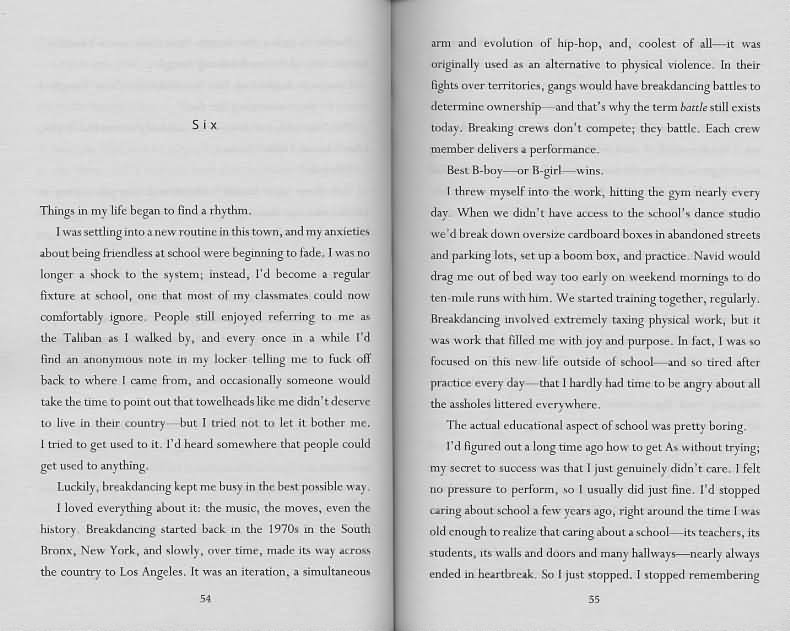 A very large expanse of sea

Log in to view theme keywords.
An American Muslim girl subjected to racist prejudice has to learn to trust people when she meets a boy.

An American Muslim girl subjected to racist prejudice has to learn to trust people when she meets a boy.

It's 2002, a year after 9/11, and Shirin has just started at yet another new high school. It's an extremely turbulent time politically, but especially so for a sixteen-year-old Muslim girl who's tired of being stereotyped. Shirin is never surprised by how horrible people can be. She's tired of the rude stares, the degrading comments - even the physical violence she endures as a result of her race, her religion, and the hijab she wears every day.

Shirin drowns her frustrations in music and spends her afternoons break-dancing with her brother. But then she meets Ocean James. He's the first person in forever who really seems to want to get to know her. It terrifies her - they seem to come from two irreconcilable worlds - and Shirin has had her guard up against the world for so long that she's not sure she'll ever be able to let it down.

NOTE : Contains swearing and racist terms throughout. No sex involved but some rather intense kissing.

Full of heartbreaking emotional depth set against ever-present racism. Semi-autobiographical nature gives it real clout and does a great job in wearing down stereotypes. An important book.