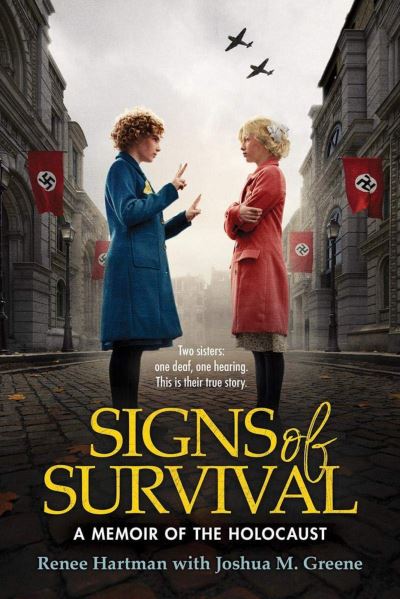 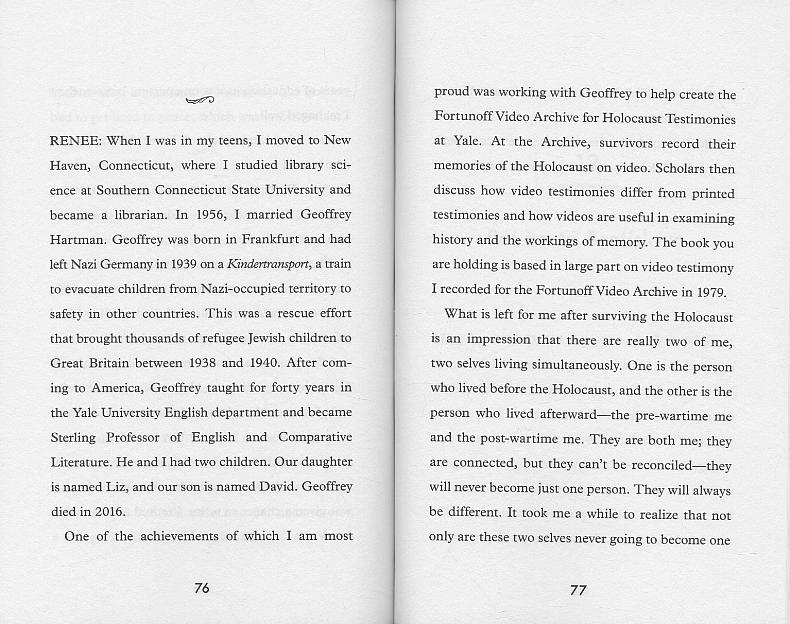 Signs of survival: a memoir of the Holocaust

Log in to view theme keywords.
The memoir of two Jewish sisters in Czechoslovakia, one deaf and one hearing, and their experience of the Holocaust and the concentration camps.

The memoir of two Jewish sisters in Czechoslovakia, one deaf and one hearing, and their experience of the Holocaust and the concentration camps.

Meet Renee and Herta, two sisters who faced the unimaginable - together. This is their true story.
RENEE: I was ten years old then, and my sister was eight. The responsibility was on me to warn everyone when the soldiers were coming because my sister and both my parents were deaf. I was my family's ears.
As Jews living in 1940s Czechoslovakia, Renee, Herta and their parents were in immediate danger when the Holocaust came to their door. As the only hearing person in her family, Renee had to alert her parents and sister whenever the sound of Nazi boots approached their home so they could hide.
But soon their parents were tragically taken away, and the two sisters went on the run, desperate to find a safe place to hide. Eventually they, too, would be captured and taken to the concentration camp Bergen-Belsen. Communicating in sign language and relying on each other for strength in the midst of illness, death and starvation, Renee and Herta would have to fight to survive the darkest of times.
This gripping memoir, told in a vivid 'oral history' format, is a testament to the power of sisterhood and love, and now more than ever a reminder of how important it is to honour the past, and keep telling our own stories.
A memoir of the Holocaust perfect for those who want to learn more about the experiences of people during this period of time in history
Written with Joshua M. Greene, a renowned Holocaust scholar.