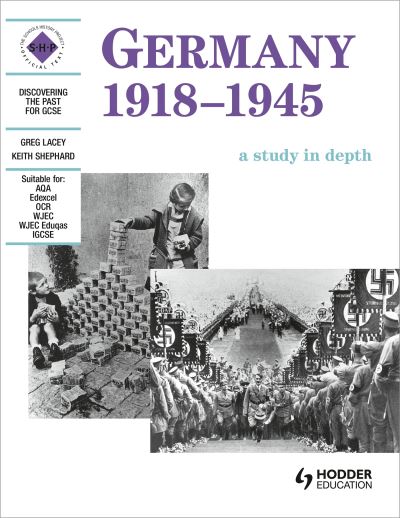 Series: Discovering the past for GCSE

Stretch and challenge your students with SHP's longest-lived and best-selling series for GCSE History.

Stretch and challenge your students with SHP's longest-lived and best-selling series for GCSE History.

Section 1: The German Republic 1918-19
Was the Weimar Republic doomed from the start?
1 What effect did the First World War have on Germany?
2 What were the achievements of the Weimar period?