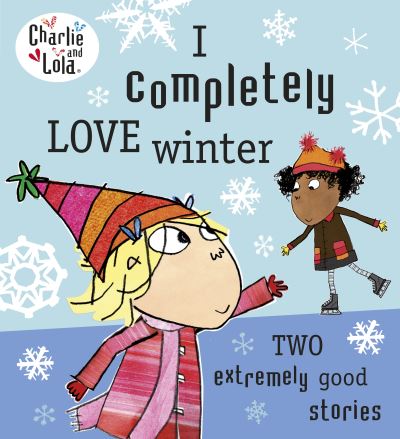 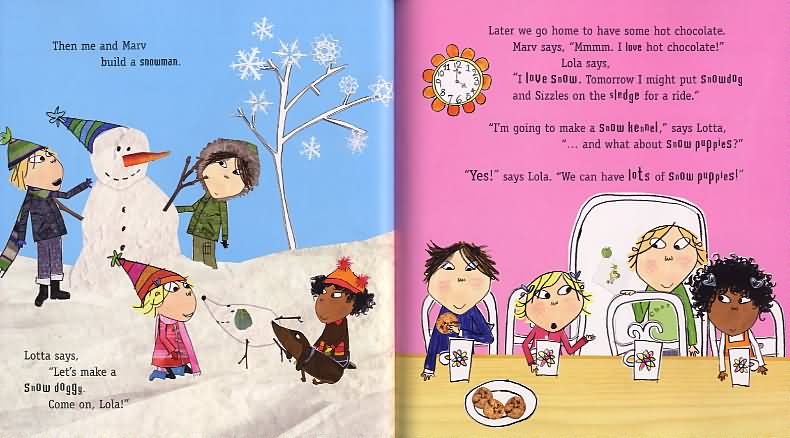 In "Snow is My Favourite and My Best," Charlie and Lola play in the snowy park with their friends - they make snow angels, go sledging and Lola even makes a snow dog - just like Sizzles!
But by the very next day all the snow has completely disappeared. Lola wishes it would snow every day, but Charlie compares snow to birthdays - they wouldn't be special if they happened every day.

In "I Really Need Actual Ice Skates," Lola decides what she really wants is a pair of white, sparkly ice skates so that she can be the best ice skaterer in the whole school! Charlie warns her that the skates will end up just like her yoyo (which she also really, really wanted), forgotten at the bottom of her wardrobe! But Lola remains adamant.

NOTE : Titles originally published separately as "Snow is My Favourite and My Best" published in 2007 and reissued in a smaller format in 2008. "I Really Need Actual Ice Skates" was published in 2009. Both are out of print.