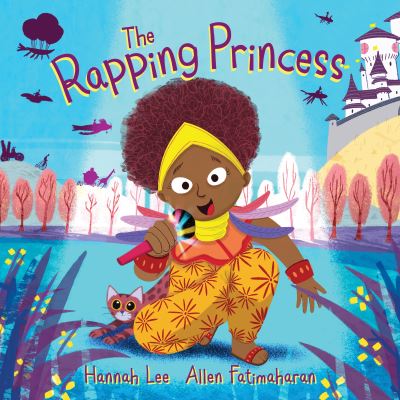 Log in to view theme keywords.
A young princess feels she's let her family down because she can't sing but discovers she has a huge talent for rapping.

A young princess feels she's let her family down because she can't sing but discovers she has a huge talent for rapping.

Here is a story that everyone should know.
It's the tale of a princess named Shiloh.
She lived in a kingdom, not far from yours,
in a grand house with a swimming pool and fourteen floors.

I know that sounds too big but here's the thing:
her mother and father were the Queen and King.

Being a princess is a tough job for someone so small.
It's even harder when you have a problem you can't solve at all.
You see, every princess in the kingdom could sing.
Yet Shiloh's voice could do no such thing . . .

Shiloh might not be able to sing like her sisters, but she has other talents, and sometimes it's about embracing your differences and celebrating them!