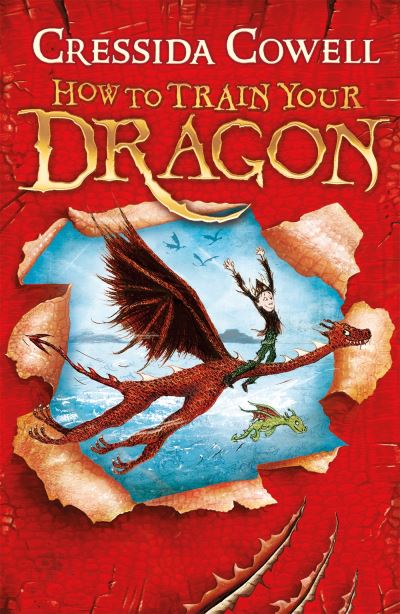 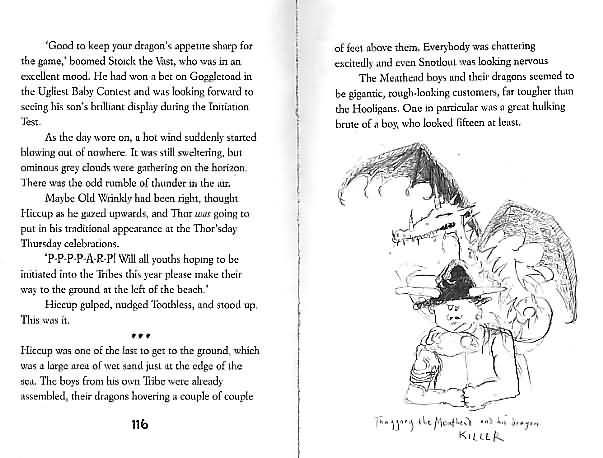 How to train your dragon

Series: How to train your dragon (1)

Log in to view theme keywords.
A young not-so-heroic Viking becomes a hero when he saves his tribe from a gigantic sea dragon.

Order 15 or more copies of this title and save 30%

A young not-so-heroic Viking becomes a hero when he saves his tribe from a gigantic sea dragon.

Hiccup Horrendous Haddock III was an awesome sword-fighter, a dragon-whisperer and the greatest Viking Hero who ever lived. But it wasn't always like that.

In fact, in the beginning, Hiccup Horrendous Haddock III was the most put upon Viking you'd ever seen. Not loud enough to make himself heard at dinner with his father, Stoick the Vast; not hard enough to beat his chief rival, Snotlout, at Bashyball, the number one school sport and CERTAINLY not stupid enough to go into a cave full of dragons to find a pet...

It's time for Hiccup to learn how to be a Hero.


First title in the series

NOTE : The font used for 'Dragonese' is not as easy to read as the others and may cause some difficulties for less able readers.

p9 A note from the author
p10 First catch your dragon
p22 Inside the dragon nursery
p39 Heroes or exiles
p54 How to train your dragon
p69 A chat with old Wrinkly
p75 Meanwhile, deep in the ocean
p77 Toothless wakes up
p89 Training your dragon the hard way
p97 Fear, vanity, revenge and silly jokes
p110 Thor'sday Thursday
p135 Thor is angry
p153 The Green Death
p164 When yelling doesn't work
p174 The fiendishly-clever plan
p185 The battle at Death's Head Headland
p190 The fiendishly-clever plan goes wrong
p194 In the mouth of the dragon
p198 The extraordinary bravery of Toothless
p208 Hiccup the useful
p219 Epilogue by the author

How to train your dragon assorted activities, drawing, word search and dictionary