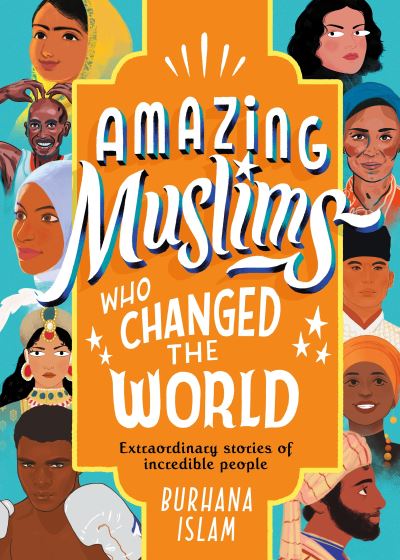 Amazing Muslims who changed the world

Do you think you know who first thought of the theory of evolution?
Have you ever wondered who created the oldest university in the world?
Is Joan of Arc the only rebel girl who led an army that you've heard of?

If so, then you need this stunningly illustrated treasure trove of iconic and hidden amazing Muslim heroes!

Hasan Ibn Al-Haytham: the first scientist to prove theories about how light travels, hundreds of years before Isaac Newton.

Ibtihaj Muhammad: the Olympic and World Champion fencer and the first American to compete in the games wearing a hijab.

Noor Inayat Khan: the Indian Princess who became a British spy during WWII.

There are so many more amazing Muslim men and women who have changed our world, from pirate queens to athletes, to warriors and mathematicians. Who will your next hero be?

NOTE: Contains a couple of pages of fill-ins at the back