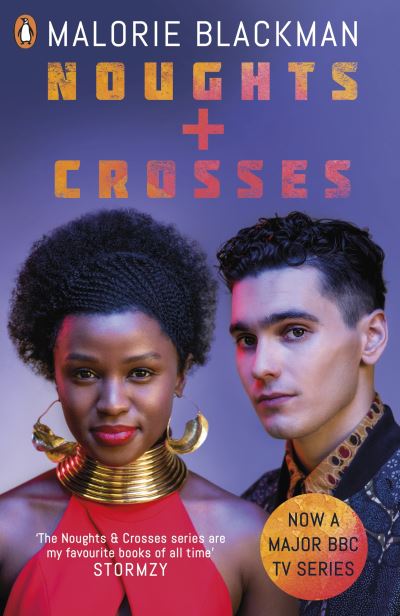 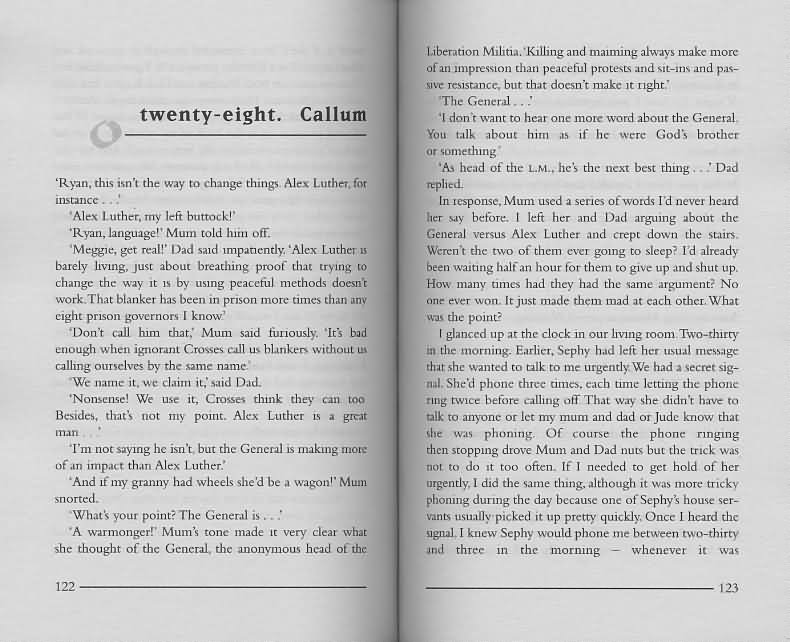 Log in to view theme keywords.
A teen boy and girl from opposing factions in society take on the system and try to change it.

1 copy in stock, more than 100 copies available at publisher

A teen boy and girl from opposing factions in society take on the system and try to change it.

Sephy is a Cross - a member of the dark-skinned ruling class. Callum is a nought - a 'colourless' member of the underclass who were once slaves to the Crosses.
The two have been friends since early childhood. But that's as far as it can go.

Against a background of prejudice, distrust and mounting terrorist violence, a romance builds between Sephy and Callum - a romance that is to lead both of them into terrible danger...

NOTE : Racism is the central theme; other issues including murder, violence, pregnancy and abortion either happen or are discussed.

NOTE : The author's note at the back of the book states 'The African-American scientists, inventors and pioneers mentioned in chapter 30 are real people and their achievements are very real.

NOTE: A major new TV series is in development with the BBC in conjunction with Roc Nation (Jay-Z's music label) who will produce the soundtrack
The TV tie-in edition features an exclusive Q&A with Paterson Joseph, who will play Kamal.

Racism is the central theme; other issues including murder, violence, pregnancy and abortion either happen or are discussed.