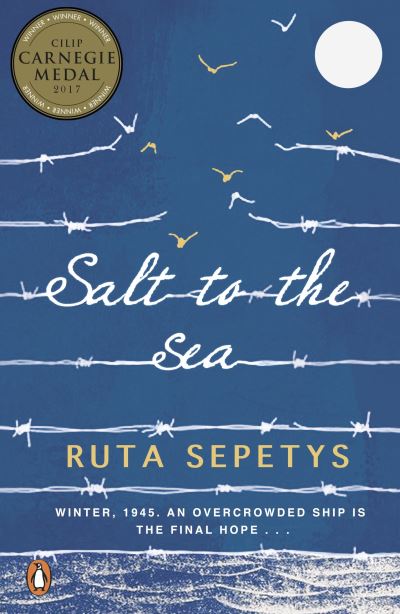 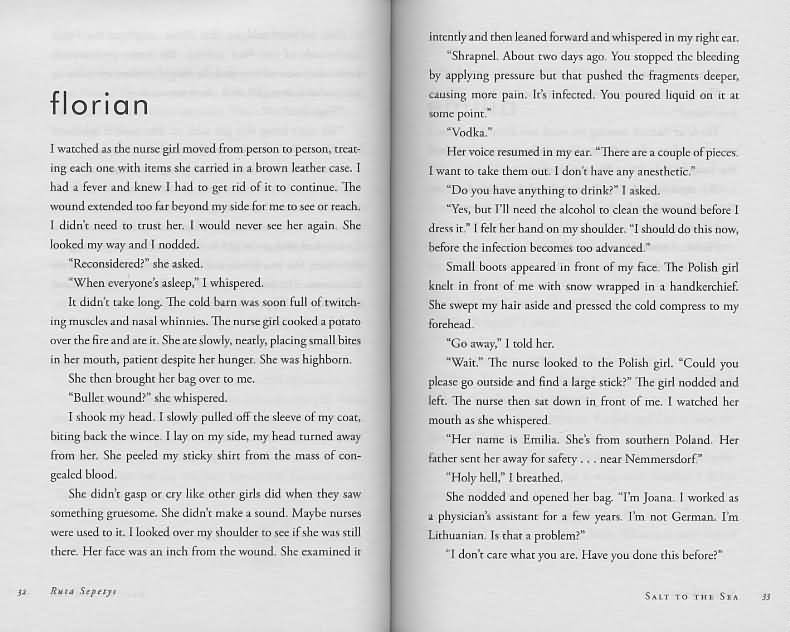 Salt to the sea

Log in to view theme keywords.
Set during the end of World War 2, a group of refugees escape Germany by ship

Set during the end of World War 2, a group of refugees escape Germany by ship

It's early 1945 and a group of people trek across Germany, bound together by their desperation to reach the ship that can take them away from the war-ravaged land.

Four young people, each haunted by their own dark secret, narrate their unforgettable stories.

This novel is based on a true story from the Second World War. When the German ship the Wilhelm Gustloff was sunk in port in early 1945 it had over 9000 civilian refugees, including children, on board. Nearly all were drowned.

Fans of "The Book Thief" or Helen Dunmore's "The Siege" will be totally absorbed.

NOTE : Some graphic descriptions of dead bodies, injuries and disturbing incidents in the wartime context.