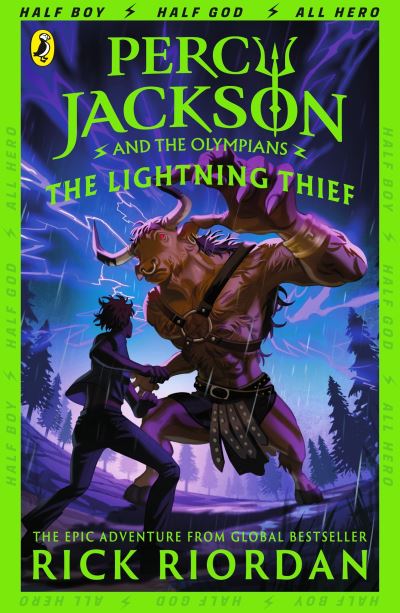 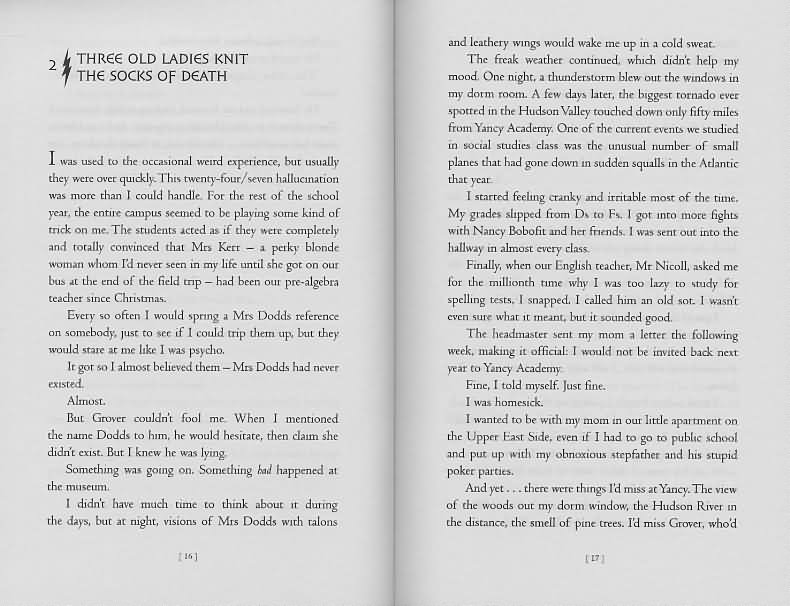 Percy Jackson and the lightning thief

Log in to view theme keywords.
An American teenager discovers he is half human, half Greek god, and sets about trying to avert a war among the Olympians

An American teenager discovers he is half human, half Greek god, and sets about trying to avert a war among the Olympians

Because if Olympus does exist, then so must the Underworld. And if Percy (or whoever he really is) doesn't complete his quest by Summer Solstice, never mind trouble - there's going to be Hades to pay...


First title in the series

NOTE : Winner of the Red House Children's Book Award for older readers and the overall winner 2006.

Sample contents
p1 I accidentally vaporize my maths teacher
p16 Three old ladies knit the socks of death
p29 Grover unexpectedly loses his trousers
p44 My mother teaches me bullfighting
p57 I play pinochle with a horse
p75 I become supreme lord of the bathroom
p93 My dinner goes up in smoke
p107 We capture a flag
p127 I am offered a quest
p149 I ruin a perfectly good bus
p168 We visit the garden gnome emporium
p188 We get advice from a poodle
p197 I plunge to my death
etc...