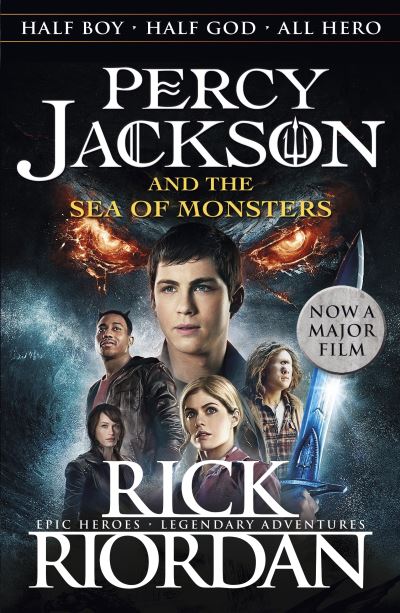 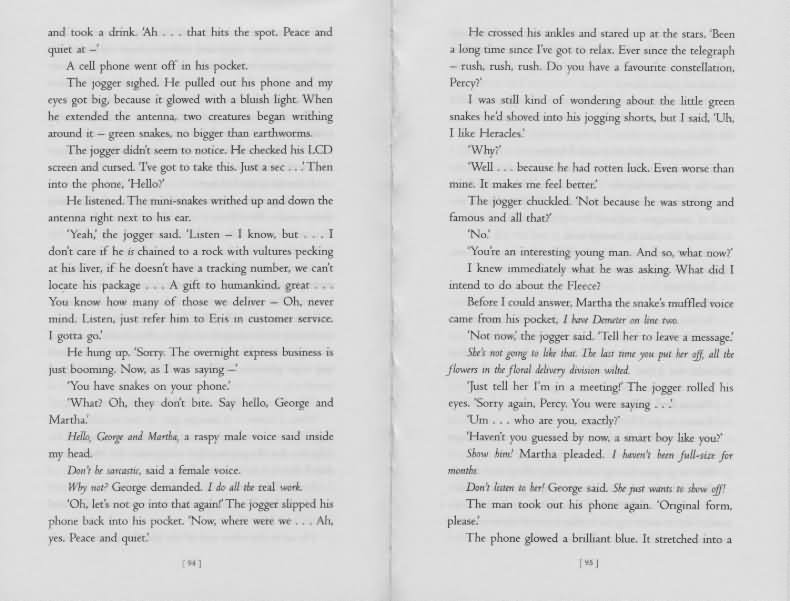 Percy Jackson and the sea of monsters: now a major film

Log in to view theme keywords.
Percy Jackson, demigod, helps rescue his Satyr friend, Grover, from a Cyclops, and takes possession of the Golden Fleece in the process

Percy Jackson, demigod, helps rescue his Satyr friend, Grover, from a Cyclops, and takes possession of the Golden Fleece in the process

Percy Jackson has had a quiet year. Not a single monster has set foot in his New York school. But when a game of dodgeball turns into a death match against an ugly gang of cannibal giants, things get...well, ugly!

Now Percy and his friends must embark on a quest that will take them into the treacherous Sea of Monsters and a desperate fight for their lives!

NOTE : This is the second Percy Jackson adventure. The first one Percy Jackson and the Lightning Thief was the Overall winner in the Older Category of the 2006 Red House Book Award

p1 My best friend shops for a wedding dress
p8 I play dodgeball with cannibals
p24 We hail the taxi of eternal torment
p36 Tyson plays with fire
p46 I get a new cabin mate
p63 Demon pigeons attack
p81 I accept gifts from a stranger
p102 We board the Princess Andromeda
p116 I have the worst family reunion ever
p128 We hitch a ride with dead confederates
p142 Clarisse blows up everything
p158 We check in to C.C.'s spa and resort
p178 Annabeth tries to swim home
p193 We meet the sheep of doom
p205 Nobody gets the fleece
p214 I go down with the ship
p220 We get a surprise on Miami beach
p230 The party ponies invade
p242 The chariot race ends with a bang
p257 The fleece works its magic too well