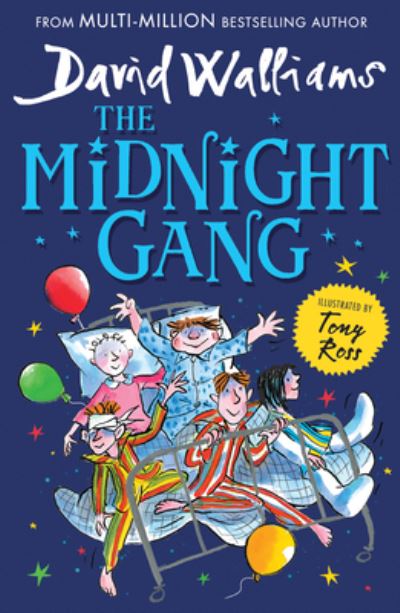 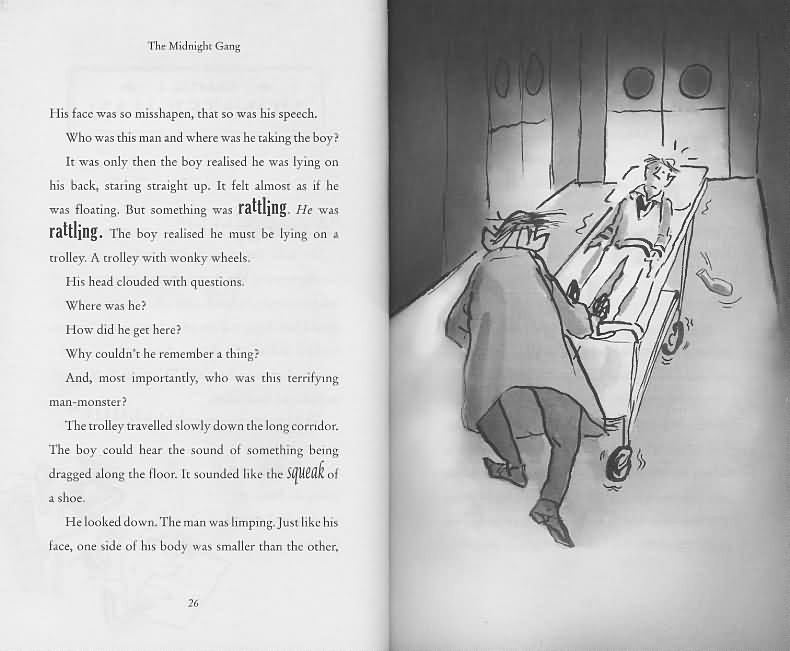 Log in to view theme keywords.
Five children have magical adventures on the stroke of midnight in the hospital ward where they are all having to spend Christmas.

Five children have magical adventures on the stroke of midnight in the hospital ward where they are all having to spend Christmas.

When Tom gets hit on the head by a cricket ball, he finds himself at Lord Funt Hospital, and is greeted by a terrifying-looking porter. Things go from bad to worse when he meets the wicked matron in charge of the children's ward... But Tom is about to embark on the most thrilling journey of a lifetime!

The Midnight Gang tells an extraordinarily heartwarming and, of course, funny story of five children on a hospital ward - and on a quest for adventure! It is a story of friendship and magic - and of making dreams come true. Readers are set to be utterly spellbound by this heartfelt story that will bring magic to everyone's Christmas.

NOTE : On the inside cover flap, there is a picture of a "revolting hospital dinner" with an instruction to cut and and keep. This is tongue-in-cheek but children may be tempted to cut it out.

NOTE : The Midnight Gang are all children who are in Lord Funt Hospital for treatment. Some children will stay for a short while to recover from a minor head injury or tonsillectomy but other children are more seriously ill. One child is described as "so ill she spends most of her time sleeping" and is depicted with very little hair although her illness is not specifically named.